I will admit, however, that I might be a bit prejudiced on the subject and will, therefore, submit a few for the reader's consideration. Just don't blame any of them on me....

Some pastors have vast collections of crosses that have often been given as gifts, but that doesn't mean there is a Church season celebrating the same. Pick one, please. 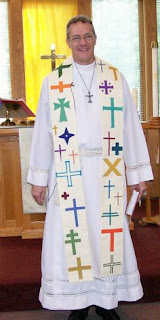 This chasuble doubles as a felt board. It comes in pretty handy during the children's sermon on Easter. (But PLEASE don't tell me Mr. Chicken and Mr. Sheep were on the road to Emmaus.) 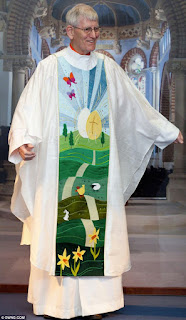 This chasuble-thing was obviously designed by children, who apparently scrubbed their own faces out of the photo. Pr. Whats-his-name is doing his best to look thrilled that a bunch of bananas are on his new frock, but we're not buying it. 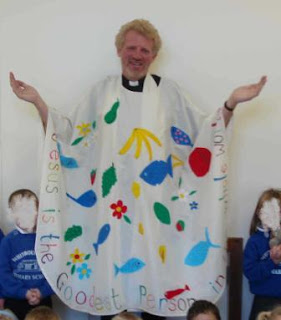 Mr. Burger has a new spokesperson. 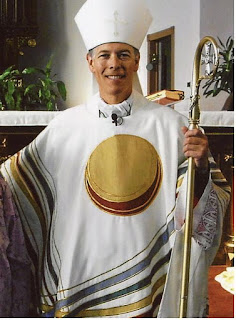 The Hippy-Dippy Pastor-man loves his new chasuble, but, for the record, a few are wondering if it's incense burning in the censer. 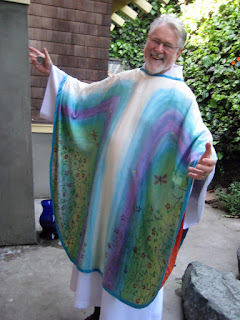 Some folks like to celebrate the whole Church year. Every day. And Legos. 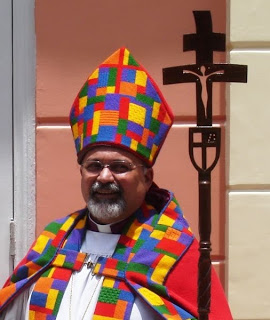 There is good reason why darts, arrows, and throwing axes are not permitted in the sanctuary at First Church of the Reformed Tie-Dye. 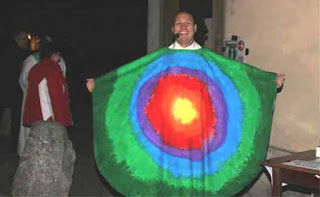 Just in case you didn't already realize that she is the Queen of Tarts. 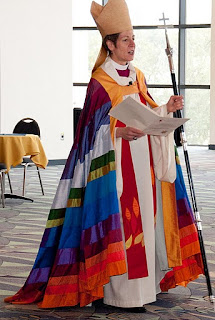 No one takes this pastor seriously – especially Sarah, who obviously made his stole. 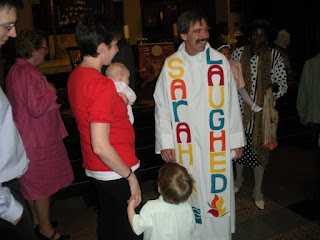 Posted by The Art Curmudgeon at 3:48 AM