When Nothing Less Will Do 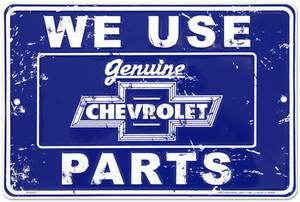 Once upon a year, when bow-tied attendants trotted up to cars at filling stations, folks took pride in keeping the old sedan running like a top. “Check the oil for you, sir?” was a standard question asked after rolling down the car window – that’s right, with a crank. That was before air bag recalls and catalytic converters. Auto garages boasted using genuine replacement parts, as opposed to cobbling things together with tractor parts and bailing wire, and they often advertised that fact with a prominent sign. It was a simply courtesy to let the customer know they were getting the best service.

In somewhat similar fashion, it has become a tradition to hang a crucifix near pulpits in Lutheran churches. While it isn’t a rule, it certainly is a help.

At very least, such sanctuary fixtures help congregants stay focused. As Swiss sculptor, Emil Thoman, said of one of his pulpit crucifixes, "It is a worthy presentation of Christ in His self-oblation. What preacher would not be satisfied to know that, even if the sermon might be poor, the people had something worth-while to attend to?"

Many of us, however, have a higher regard for our pastor’s preaching skills than that to which Thoman hinted. Indeed, it is significant when a pulpit crucifix is commissioned, and it speaks of the pastor and his congregation. I recently finished a commissioned painting that will serve as pulpit cross. A frame must still be constructed and fitted to the painting before delivery, but the image is enough for our present consideration.


Not everyone likes the idea of a crucifix. Some folks view history in purist fashion. They understand the past’s significance, but want to live in the present. Christ’s crucifixion, they argue, was only three hours out of His much longer life. And here I come, rubbing everyone’s face in His death.

To be fair, I have pulled a few punches with my depiction of the crucified Christ. Jesus was naked. It is only out of respect that I follow the path of most artistic forebears and use a drape to cover His nudity. Also, Jesus would have been more bloodied, but the viewer should certainly get the point without a more graphic representation. The weight of His dead body piled by sin, however, is plain enough. The transept of the cross bends. His flesh pulls at the nails. The words of the hymn writer echo harshly,

But the image of the dead Christ is enhanced further. Blood and water flow respectively into a chalice and baptismal font. The Gospel writer, John, drove home the fact that blood and water flowed from Christ’s wound. In writing the Gospel account, it seems overkill as John conveyed it, until one considers the point at which he was driving.

“But one of the soldiers pierced his side with a spear, and at once there came out blood and water. He who saw it has borne witness – his testimony is true, and he knows that he is telling the truth—that you also may believe.” (John 19: 34-35)

Being a good proto-Lutheran, John was pointing directly to the connection between the Sacraments of Holy Baptism, The Lord’s Supper and Jesus’ Death. While there was certainly no hovering chalice or baptismal font at the crucifixion, the connection is made confessionally clear in the painting.


In fact, much is confessed in this image. One cannot enter the sanctuary and mindlessly gaze about the place without being confronted by what is taught there. And if there is any confusion about the visuals in that painting, then certainly the words it contains serve as a declaration that the faithful will not simply get acceptable service, but Divine Service, and that same worshiper will neither hear self-help preached, nor ten steps to better living preached. Rather, as the image boldly states, “We Preach Christ Crucified.”

Posted by The Art Curmudgeon at 4:04 AM