“Parthians and Medes and Elamites”

Long ago, when the Iron Curtain was a viable thing, I had a conversation with a friend about the “Evil Empire.” The phrase, “Bomb them back to the stone age,” was lobbed out in the open. Strangely, I wondered in that very macho moment if any of our enemies were praying for us.

We sometimes assume too much. Americans in particular have a knack for thinking the rest of the world wants to be like us. We often feel we are at the epicenter of many things. Freedom comes to mind. So does modernization, as well as economics and natural resources and health care. At other times, our feelings of self-aggrandizement drift into areas where they don’t at all belong – places like theology. 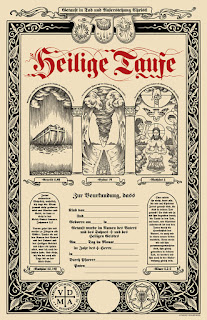 Perhaps we take cues from the now-emasculated British Empire in thinking we have a monopoly on the Gospel and that the Lord needs us specifically to spread “our” excellent theology. It’s important to remember that way before English speaking peoples ever had it spoken to them, the Gospel often came from Germans or Swedes, who in turn might have received it from Italians and Greeks, who possibly received it from Parthians and Medes, who received it from a handful of Jews. As recipients of the Gospel go, we are about as far from the epicenter as one can get.

I was recently tasked with converting a couple of my designs into a different language. My initial, knee-jerk reaction was to hold off on the requests and even ignore them, but that was just me being a jerk. In the end, I ignored the possible hassles of international trade, and simply focused on the request; a fellow Christian was in need of something I had, and it mattered not that they lived a bit further afield than my little bubble.

Hence, an ordination certificate was translated into Portuguese for use in the Evangelical Lutheran Church of Brazil, which is in fellowship with the LCMS. A young pastor asked, and I simply couldn’t find a reason to refuse.

A Baptismal certificate which I also created was translated into German by Rev. Peter Gürth for his congregation, and is now wending its way to the Old Latin School in Wittenberg. I donated the digital file to them so that it can be domestically printed and its proceeds directly benefit the organization.

It is a great honor to fulfill such modest requests from the Church at large. The greater honor, however, lies at the feet of our Lord, Who sees fit to spread His Gospel through the words and actions of “Parthians and Medes and Elamites and residents of Mesopotamia, Judea and Cappadocia, Pontus and Asia, Phrygia and Pamphylia, Egypt and the parts of Libya belonging to Cyrene, and visitors from Rome, both Jews and proselytes, Cretans and Arabians.” We might add Germans and Brazilians and, perhaps least of all, Americans.

Posted by The Art Curmudgeon at 4:21 AM